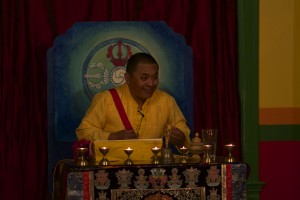 His Eminence Gyaldak Rinpoche is a Tibetan Lama who was born in Eastern Tibet, groomed to be the abbot of his monastery and then travelled world and came to settle in the west coast of the United States in northern california. 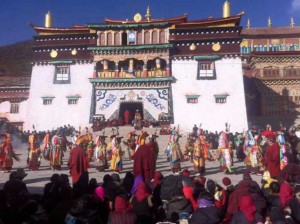 He was born in Kham Dhapa Zong in Eastern Tibet. His father was a practitioner in Tibetan Buddhism’s Nyingma and Kagyu lineages.  When Rinpoche was ten years old he was recognized as the tulku (emanation) of one of the three main disciples of Gampopa – Phagmodrupa Dorje Gyalpo, the lineage of the great Tibetan Yogi Milarepa. Dorje Gyalpo was one of the founding fathers of the Kagyu lineage. He went to live and train in the monastery when his was fifteen years old, receiving the extensive training given to Tibet’s incarnate Lamas. 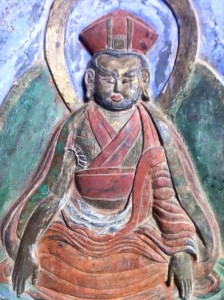 Gyaldak Rinpoche left Tibet in 1991 to go on pilgrimage to see the His Holiness the Dalai Lama. Gyaldak Rinpoche stayed at Kagyue Palchen Choeling Monastery in Sikkim in eastern India and studied meditation practice and techniques for settling the mind. He also stayed at Palpung Sherabling Monastery in northern India and studied meditation and Kagyu  Buddhist philosophy under His Eminence Mingyur Rinpoche. He also received Dzogchen teachings and meditation guidance from His Holiness Chatral Rinpoche in Nepal. He received teachings and empowerment from His Holiness Gyalwa Karmapa and from other great master Yogis from Tibet. For a few years he travelled around the world, then he came to settle in the United States in 2005.

In the United States he lives in California and offers rare Tibetan Ritual services to the local Tibetan community and also to his Western students, their friends and family.

For more information about Gyaldak Rinpoche’s previous incarnation, Dorje Gyalpo based on scholarly research into Tibetan history visit: this page. 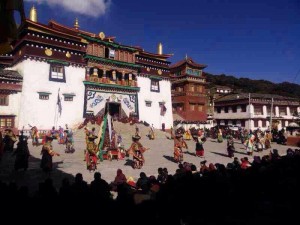 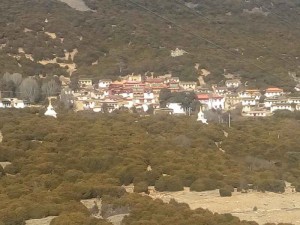 Distant view of Druk Jey buildings in the Hillside

Gyaldak Rinpoche brings the great wisdom of Tibetan Buddhism to the West. Growing up in eastern Tibet, Gyaldak Rinpoche became the head of his monastery when he was recognized as an emanation of Phakmodrupa Dorje Gyalpo, one of the founding fathers of the Kagyu lineage. Among his western students he is known for his kindness and humor.